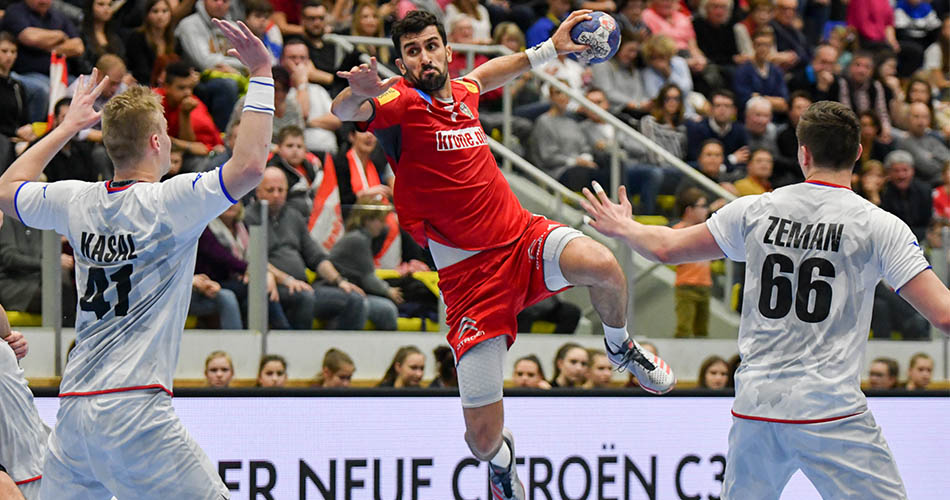 Handball tactics: know the most important ones!

Based on basic methods of attack and defense, handball tactics are important for the strategy and success of any game. Coaches who seek excellence must seek to know in depth the main tactical plans of the sport, and understand its operation and application in each match. It is also important to know how to identify the need to change the tactical strategy during the confrontations.

In this post, we will show you the most important handball tactics, both in defensive and offensive systems. Read on to find out more!

Three defenders stand on the six-meter mark and two others on a line between six and nine meters. In addition, a defender stands at the mark on the nine meters. It can be adapted quickly and become another defensive system.

Because it has more advanced player positions, it is also the system that best offers chances for counterattacks. One of the disadvantages of this system is that it is only efficient with a lot of displacement on the part of the players, which can cause physical wear and tear.

Three players position themselves in front of the free kick area, and three infiltrators stay within the area, moving close to the goalkeeper’s area line. It is one of the most aggressive tactical systems, but also considered one of the most risky, as it makes coverage difficult and facilitates infiltrations by the opposing team.

It can be easily adapted for 4: 2, 3: 2: 1 and 5: 1 systems. It is effective in neutralizing opposing teams in nine-meter shots. It also offers great counter-attack possibilities.

In this strategy, the team forms two lines of defense: the first has two athletes close to the nine-meter mark, who move laterally, and the second has four athletes close to the six-meter mark. The goal is to avoid long and medium distance shots. Defenders of the second row, in addition to moving on the sides, also move forward and backward, diagonally across the field.

It is an effective tactic when the opposing team has two good players in midfield shots. Effective especially in the central zone, the defensive system has breadth and depth. Works against attacks with two pivots. It is also effective at making passing difficult, although it is weak against 3: 3 attacks.

Tactical system formed by two lines of defense, one with five players close to the six-meter mark, and the other with one player on the nine-meter line. This player must be fast, agile and resistant to not allow long distance shots and avoid making a pass to the pivot of the opposite team. In addition, it has the function of disrupting the movement of attackers in long distance shots and intercepting passes. You should also help defenders on the sides and start the counterattack.

The 5: 1 system is versatile because it can be applied both defensive and offensive. On the defensive, players leave the area little and are limited to long distance blocks. On the offensive, the left and right wingers go out to the nine-meter line and attack the opponent. From this offensive movement the so-called spastic defense is born, which changes from a 5: 1 system to another 3: 2: 1 or 3: 3 system, and then returns to 5: 1.

The advantage of this system is that the pivot can be well marked, in addition to having good coverage. It is weak when the other team plays with two pivots, in addition to allowing short shots and infiltrations more easily.

Composed of only one line of defense with six players, it is a system that reduces the spaces next to the goal area, which makes it difficult for the pivots to work. The players move according to the trajectory of the ball, to the right and to the left.

They are also effective in coverage, do not allow short shots and infiltrations into the goal area. If there is a counterattack, the defenders of the ends can leave easily, as the defense area is covered by the other players. However, it is a weak system in midfield shooting, and ineffective in stealing the ball.

It works to attack 6: 0, 4: 2, 3: 3 and 3: 2: 1 defense systems. Five players are ahead, in the free-throw area, and a pivot is positioned close to the goal area. There, he occupies the central range of the goal, where he manages to have a greater pitch angle. The movement of the pivot is always in relation to the ball. He must facilitate the receipt, and only if he walks or runs towards the frame of the move.

The other five players are responsible for setting up the play. They can use three players in this specific function, while two others, playing at the ends, try to penetrate the area or assist the pivot in finishing and shooting.

Effective for attacking 6: 0, 5: 1, 3: 3, and 3: 2: 1 defense systems. It is one of the simplest offensive systems. Six players position themselves in front of the free-throw area, trying to occupy this entire region. The movement between them must always be in the sense of exchanging passes to be able to penetrate or obtain conditions to execute long distance shots.

In this formation, there is no specific performance of the pivot, and the guards must set up the plays from the sides. This causes the defense of the opposing team to move to one side, and the attack can penetrate the area from the opposite side. In this case, the tip positioned on the opposite side penetrates through the middle, occupying the position of the pivot. In case the frame starts in the center of the court, players must exchange passes close to the midfield, to avoid being cut by the defenders of the other team.

The correct use of handball tactics is strategic to win any game. By applying these methods, you will learn how to organize a winning team!